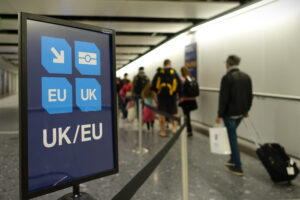 There has been a 62 per cent spike in customs duties for UK firms and consumers as a result of Brexit, amounting to nearly £5bn.

A record £4.8bn was paid in customs duties on imported goods in the last year, up from £2.9bn previously, according to new data by accountancy group UHY Hacker Young.

Since the Brexit vote, importing goods from the EU has become more complex and expensive, because of bureaucratic factors, with some hauliers needing to supply uo to 700 pages of documentation at borders – leading to major delays.

The spike was put mainly down to Britain’s exit from the European Union, with Sean Glancy, Partner at UHY Hacker Young saying: “Brexit related customs duty increases could not come at a worse time for British businesses and consumers.

“Inflationary pressures caused by COVID and the war in Ukraine are being exacerbated by those extra import duties.”

Read more:
Brexit has led to 62% spike in customs duties for UK firms