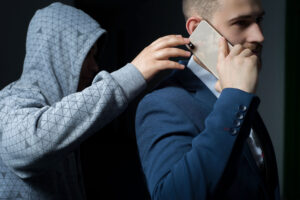 Thieves are targeting digital currency investors on the street in a wave of “crypto muggings”, police have warned, with victims reporting that thousands of pounds have been stolen after their mobile phones were seized.

A freedom of information request has revealed criminals are combining physical muscle with digital knowhow to part people from their cryptocurrency.

One victim reported they had been trying to order an Uber near London’s Liverpool Street station when muggers forced them to hand over their phone. While the gang eventually gave the phone back, the victim later realised that £5,000-worth of ethereum digital currency was missing from their account with the crypto investing platform Coinbase.

In another case, a man was approached by a group of people offering to sell him cocaine and agreed to go down an alley with them to do the deal. The men offered to type a number into his phone but instead accessed his cryptocurrency account, holding him against a wall and forcing him to unlock a smartphone app with facial verification. They transferred £6,000-worth of ripple, another digital currency, out of his account.

A third victim said he had been vomiting under a bridge when a mugger forced him to unlock his phone using a fingerprint, then changed his security settings and stole £28,700, including cryptocurrency.

In another case, a victim told police that his cards and phone were pickpocketed after an evening at the pub, with £10,000 later stolen from their account with the investing platform Crypto.com. The victim was using his phone in the pub and believed thieves saw him type in his account pin, the report said.

“It’s a sort of crypto mugging,” said David Gerard, the author of Attack on the 50 Foot Blockchain, a book on digital currencies.

Cryptocurrency transfers are irreversible, unlike a bank transfer, making this type of crime more attractive to thieves.

“If I get robbed and they force me to make a bank transfer, the bank can trace where the money has gone and there are all sorts of comebacks. You can reverse the transaction.

“With crypto, if I transfer it to my crypto wallet I’ve got your coins and you can’t get them back.”

He said the risks were exacerbated by the way some people handle their investments on smartphones, without exercising the same degree of caution they would with cash. “People keep stupid amounts of money on account in crypto. They don’t think it’s money somehow.”

He said the nature of cryptocurrency, where transactions are logged on the blockchain, meant police should, in theory, be able to track stolen crypto.

“To [transfer stolen assets], they have to provide a wallet address and, most likely, they’ll use that wallet address again in the future. You also need to bring it to an exchange if you want to turn it into fiat currency.”

He said this created a digital paper trail that investigators can, and regularly do, use to track down multimillion-dollar crypto hacks. However, he said they were less likely to have the resources to pursue smaller, one-off crimes.

“An individual theft of a small amount may not get the attention of the police or a large law enforcement agency.

“If they could put together a larger conspiracy of activity, where people are doing it more than once or twice, police services would likely pay attention.”

The crypto muggings took place in the second half of 2021, in the relatively small part of London’s financial district patrolled by City of London police.

The incidents are not the first in which people have been forced to hand over cryptocurrency with the threat of violence.

A student in Kent claimed last year that eight people stormed his university accommodation and forced him to transfer £68,000 of bitcoin at knifepoint.

Later that year, the American technology entrepreneur Zaryn Dentzel told police he had been attacked at home in Madrid by masked thieves. He said they tortured him with a knife and stun gun before disappearing with millions of euros in bitcoin.

However, the nature of the crimes reported in London last year – apparently opportunistic street incidents akin to a mugging for cash or valuables – is presenting new challenges for the police.

Phil Ariss, who leads the cryptocurrency team on the National Police Chiefs’ Council cybercrime programme, said more training was being given to police officers on a variety of crypto-related crimes.

He said police were also looking at ways to inform the public about the need to be cautious when accessing a crypto account.

“You wouldn’t walk down the street holding £50 notes and counting them. That should apply to people with crypto assets,” he said.

How to Find a Good Bank Account and Banking Provider

How to use funds to boost moving company profits?

Getting to Know you: Stan Fitzgerald, Owner of Something Special, LLC and Chief Political Advisor for Veterans for America First

Getting to Know you: Martin Korver, Founder and CEO of Greenmouse Africa