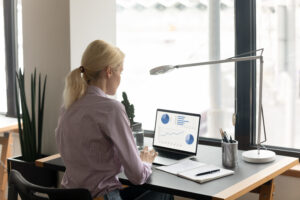 The EU has agreed that companies will face mandatory quotas to ensure women have at least 40% of seats on corporate boards.

After 10 years of stalemate over the proposals, EU lawmakers hailed a “landmark” deal for gender equality. As well as the legally binding target, companies could also be fined for failing to recruit enough women to their non-executive boards and see board appointments cancelled for non-compliance with the law.

In 2021 women occupied 30.6% of boardroom positions across the EU, but this varied widely across the 27 member countries. France, which has a 40% women-on-boards quota, was the only EU country to exceed that threshold, with 45.3% of boardroom seats occupied by women, according to the European Institute for Gender Equality.

Italy, the Netherlands, Sweden, Belgium and Germany were the next best countries, with between 36% and 38% female participation in the boardroom; while fewer than one in 10 non-executive directors were women in Hungary, Estonia and Cyprus.

“All data show that gender equality at the top of companies is not achieved by sheer luck,” said Lara Wolters, the Dutch socialist MEP, who negotiated the law with EU governments. “We also know that more diversity in boardrooms contributes to better decision-making and results. This quota can be a push in the right direction for more equality and diversity in companies.”

National authorities, who are responsible for enforcing the directive, are empowered to impose fines. National courts can annul boardroom selections if a company breaks the law. The measures will not apply to companies with fewer than 250 employees.

The European Commission made its first proposal for a 40% quota on women on boards in 2012, but the plan was blocked by big member states including Germany and the UK.

In the UK, mandatory quotas were opposed by the then coalition Conservative-Liberal Democrat government, which preferred a voluntary approach led by Lord Mervyn Davies. That helped the UK become one of the best performers in Europe, with 39.1% of women sitting on FTSE100 boards by 2022, putting the UK second only to France in one international survey.