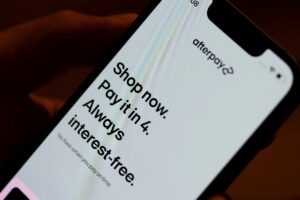 More than two in five recent buy now, pay later (BNPL) shoppers relied on credit cards or other forms of borrowing to pay off what they owed, the charity Citizens Advice has said.

It said the figures showed that shoppers are “piling borrowing on top of borrowing” and underlined the urgent need for BNPL to be regulated.

On Monday, Apple unveiled a BNPL feature for iPhones, which will initially be launched in the US in or around September and could come to the UK a few months later.

BNPL lets shoppers stagger payments for goods with no interest or charges – unless they fail to pay back on time, at which point some firms impose late fees. Typically the cost is split into weekly, fortnightly or monthly instalments.

Two of the biggest BNPL firms operating in the UK are Klarna and Clearpay, and other big players include Laybuy and Zilch.

This form of credit has enjoyed explosive growth during the coronavirus pandemic, particularly among under-30s and those with tight finances. However, the rate of growth is thought to have slowed during the last few months as the cost of living crisis has prompted people to cut back on non-essential spending.

A survey was carried out for Citizens Advice in March involving 2,288 people in the UK who had used BNPL in the previous 12 months.

More than two in five respondents said they used borrowing of some sort to finance their repayments, with credit cards by some distance the most popular option. Others included overdrafts, borrowing from friends and family, and personal loans and payday loans.

The government has said BNPL is to be regulated by the Financial Conduct Authority, though this is unlikely to happen until later this year or in 2023. Citizens Advice wants this regulation to including affordability checks by all participating firms, and clearer information at online checkouts.

Millie Harris, a debt adviser at Citizens Advice East Devon, said using credit cards and other types of borrowing for repayments was “just relying on one debt to pay off another debt”.