Haulage bosses struggle with £20,000 cost to fuel a lorry per year 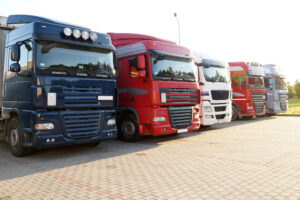 Soaring fuel prices have put the haulage industry in crisis with the cost of running one lorry up £20,000 on last year, a freight boss has said.

Lesley O’Brien, director of Freight Link Europe, said “pretty much everything you buy comes on the back of a truck” so customers were paying more.

Her comments come as the RAC said it now costs £98 to fill the average car with petrol and £101.86 with diesel.

The motoring group has called for “radical government intervention”.

RAC fuel spokesperson Simon Williams said: “Drivers need to brace themselves for average fuel prices rocketing to £2 a litre which would mean a fill-up would rise to an unbelievable £110.

“We strongly urge the government to take drastic action to help soften the impact for drivers from these never-before-seen pump prices.”
Motorists have been hit by record pump prices since Russia’s invasion of Ukraine led to an increase in the cost of oil because of supply fears.

In some circumstances, haulage firms and other transport businesses can reclaim 100% of VAT on fuel paid for business purposes via HMRC.

Ms O’Brien told the BBC’s Today programme: “This certainly is a crisis as we’ve seen fuel prices escalate over the last year by 50% and no sight of a stop, so we absolutely as an industry need to keep on top of this.

“As a country we need to understand we need to support our transport industry which is the infrastructure of the whole economy,” she said.

Ms O’Brien said fuel was a third of her business’ running costs. This time last year, it would cost about £41,000 a year in fuel for an average articulated lorry at her company, but with prices soaring it now costs more than £61,000 a year.

She explained that her company added a fuel surcharge to its bills, to cover fluctuating prices.

“But never before has it been so high,” she said. “As an example, to run one of my artic vehicles is now costing me £20,000 more per year than in did last year.”

Read more:
Haulage bosses struggle with £20,000 cost to fuel a lorry per year

Floating windfarms could be hosted off Cornwall and Wales, crown estate says