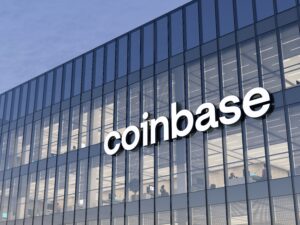 Coinbase Global is shedding about 1,100 jobs in preparation for what the chief executive of the cryptocurrency trading exchange warned could be a “crypto winter” as the US economy edges towards recession.

The cuts, about a fifth of San Francisco-based company’s workforce, come as panic selling grips the cryptocurrency market, with bitcoin, the world’s most actively traded digital asset, losing 60 per cent of its value since a record high in November.

Coinbase, which floated on the Nasdaq last year with a value of about $86 billion, had already frozen recruitment, but Brian Armstrong, chief executive, said yesterday that further measures were needed in response to falling crypto trading volumes.

“We appear to be entering a recession after a 10-plus year economic boom. A recession could lead to another crypto winter, and could last for an extended period,” he wrote in an email to staff.

He conceded that the company grew too quickly during the bull market of recent years. “While we tried our best to get this just right, in this case it is now clear to me that we over-hired,” he said.

The cryptocurrency downturn comes as investors flee risky assets in response to rising inflation and interest rates, and fears that recession will squeeze living standards further.

Bitcoin tumbled as much as 14 per cent on Monday after Celsius Network, the crypto lender, froze withdrawals and Binance, another exchange, temporarily halted sales. Bitcoin fell another 4.4 per cent yesterday to $22,439.30, a sharp drop from the almost $69,000 it reached in November.

Ethereum, the second most widely traded digital asset, fell almost 15 per cent on Monday and another 1 per cent yesterday. Ether is down more than 70 per cent on last year’s highs.

Coinbase had ramped up hiring when the crypto market scaled new highs during the pandemic, growing headcount by nearly four times in about 15 months. “This level of headcount growth over five quarters was too ambitious, especially given that the company . . . knows how regularly volatile this market can be,” Kyle Voigt, KBW analyst, said in a note to clients.

Coinbase’s share price is down 80 per cent in the past six months, with the most recent sell-off prompted by last month’s collapse of TerraUSD, which broke its dollar peg and plummeted in value.

According to Bloomberg, MicroStrategy, a US software and business intelligence company, invested heavily in bitcoin to use as security against loans. It may need to provide more security using traditional currency if bitcoin falls below $21,000, Bloomberg said.

In El Salvador, the finance minister, Alejandro Zelaya, played down the impact on the nation’s economic health of the bitcoin collapse. The central American country hit the headlines last year when it adopted bitcoin as legal tender.

The government holds about 2,301 bitcoin but Zelaya said “the fiscal risk is extremely minimal” and represented a fraction of the national budget.

Gary Gensler, chairman of the US Securities and Exchange Commission, said investors should beware “too good to be true” promises from crypto lending platforms. Some analysts believe the crisis could prompt regulators to tighten the rules, possibly dealing another blow to the market.