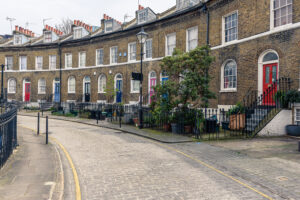 The value of mortgage arrears in the UK has reached its highest level since 2010, with £2.05bn of mortgage debt delinquent at the end of the first quarter of 2022.

As interest rate rises and the cost-of-living crisis hit household finances, more families are now beginning to fall behind on mortgage payments.

Matthew Carter, partner at tax and advisory firm Mazars, which provided the data, said: “As the cost of living crisis evolves, UK mortgage lenders are now seeing arrears start to build. People will typically make a lot of sacrifices to meet their mortgage payments but these figures indicate that things are starting to get worse for some families.”

“Given that interest rate rises have yet to hit most people on fixed-rate mortgages, there is a risk that this is just the beginning of problems in the mortgage market.”

Carter added that the proportion of mortgages in arrears with no formal arrangement in place – for example where the lender has not agreed to a payment holiday or rescheduled payments – is higher than when arrears last reached this level in 2010.

In 2010, 36 per cent of mortgages in arrears had a formal arrangement in place with the lender. That figure has now dipped under 20 per cent, meaning mortgage lenders are now more likely to have to repossess the home in order to recover the debt.

Carter stressed: “Borrowers falling behind on mortgage payments without lenders giving their approval is a red flag.”

“When borrowers stop paying their mortgages without making arrangements with their lenders, it’s a sign that they are getting into real financial distress,” he added.

“The cost of living crisis means that some people are having to choose which bills they don’t pay this month. Unfortunately that road will end in enforcement against those arrears for some,” Carter concluded.