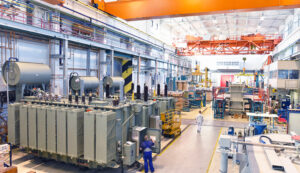 Manufacturers need emergency intervention now rather than in the autumn as costs escalate, industry representatives have said.

Companies have noticed a slowdown in growth and orders, with exports coming to a near-standstill, as manufacturers scale back or postpone plans to invest to maintain their cashflow.

Orders for goods and services almost halved compared with the first quarter of this year, according to a survey of 287 companies between mid-May and early June by Make UK, which represents thousands of manufacturers, and BDO, the accountancy group.

Companies have called on Rishi Sunak to bring forward plans to support businesses that are due to be announced in his autumn budget.

Growth in exports has almost ground to halt, recording a positive balance of only 4 per cent on the sentiment index in the second quarter, compared with 18 per cent at the start of the year. The figure represents the percentage balance between the proportion of companies that say the indicator is rising and those that say it is falling.

There are signs of an easing of the tightness in the labour market, with the growth in the number of companies looking to recruit new workers slowing from 26 per cent at the start of the year to 9 per cent in the three months to June.

The prices of raw materials, energy and transport, which were rising before the Russia-Ukraine war added to disruptions, continue to put pressure on firms, with more than two thirds saying that the rise in costs is causing catastrophic or significant disruptions.

Falling production in the consumer goods industry dragged output in the British manufacturing sector to a seven-month low in May as factories worldwide battled spiralling costs and supply chain disruption, according to the latest purchasing managers’ index for May. Global supply problems, high inflation and falling demand caused a slowdown in Britain’s factory sector last month. The PMI, a closely watched survey, fell from 55.8 in April to 54.6, in line with economists’ forecasts and above the 50-mark that separates growth from contraction, according to S&P Global/CIPS.

According to Make UK, before the parliamentary recess on July 21 the government should waive or reduce business rates for the next year, allow companies to defer VAT payments, make permanent the increase in annual investment allowance and extend the tax super-deduction to encourage investment.

The super-deduction is a £25 billion tax break, announced in last year’s budget, intended to spur investment by providing 25p off company tax bills for every £1 of qualifying spending on plant and machinery.

Stephen Phipson, chief executive of Make UK, said that “eye-watering costs and a difficult international environment” could compromise the sector’s hopes of sustained recovery from the pandemic.

“We are also now seeing the effects on investment of the political chaos and uncertainty of the last six years,” he said. “As a result, there is an urgent need to move away from the weekly roster of short-term gimmicks and to put in place a long-term economic plan and vision, in particular with an immediate and laser-like focus on tackling the shortage of vocational skills. This will provide companies and investors with the certainty and confidence they so badly need for a return to real growth.”

Richard Austin, head of manufacturing at BDO, said: “The tipping point where the shorter-term need to retain cash outweighs investment is starting to be reached and could have significant implications for future growth. Rapidly rising input costs, ballooning energy bills and in some cases inflation-busting pay settlements have hit margins and frozen investment plans. There is a strong case for government action to help manufacturers weather the immediate storm and incentivise investment for long-term growth.”