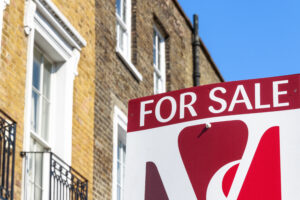 The Bank of England has confirmed that it will ditch its mortgage stress test from August, despite five successive interest rate rises and the largest forecast fall in household living standards since records began.

In March, the Bank’s Financial Policy Committee proposed withdrawing affordability rules that were drawn up after the financial crisis and require banks to check whether borrowers can afford to repay at an interest rate 3 percentage points higher than their lender’s reversion rate.

This has meant that, since 2014, borrowers have been tested on whether they can afford interest rates of about 7 to 8 per cent at a time when rates on fixed mortgages have fallen below 1 per cent. The Bank has said that the test restricted about 30,000 borrowers a year to smaller mortgages than desired.

It will be replaced by looser Financial Conduct Authority rules based on expected future interest rate rises, which require a minimum stress test of 1 percentage point above a borrower’s mortgage rate. The other big post-crisis limit on mortgage lending — a ban on banks extending more than 15 per cent of new mortgage lending to customers wanting to borrow 4.5 or more times their income — will remain in place.

The Bank said that the majority of responses it received, including from the four big mortgage trade bodies, were supportive of removing the stress test. It said that the limit on higher loan-to-income deals played a larger role in preventing riskier mortgage lending and a build-up of household debt than the affordability test.

Gemma Harle, from the wealth manager Quilter, said: “With interest rates starting to creep up to meet the damaging impact of inflation and soaring energy and food prices, you would think that people’s ability to afford their mortgage should really be under the spotlight now.”