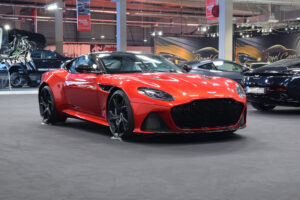 Aston Martin Lagonda is closing in on a deal to raise more than £500 million by bringing in Saudi Arabia’s sovereign wealth fund as a major shareholder and launching a rights issue for investors.

The move will result in Saudi’s Public Investment Fund investing up to £200 million for a near 20 per cent shareholding and a seat on the board, according to the Financial Times.

The company’s directors met last night to discuss the fundraising plan, which is expected to be announced as early as today. The financing also involves a rights issue of at least £300 million, and could be considerably higher.

Aston Martin is controlled by Lawrence Stroll, 63, a Canadian billionaire, after multiple refinancings that followed its flotation to prevent it collapsing. It has factories in Warwickshire and south Wales and has returned to Formula One motor racing.

Stroll and his Yew Tree investment consortium have agreed to take up their options in the fundraiser. Aston’s board recently received a separate investment proposal from China’s Geely, which it will consider on Thursday, the report said.

The Chinese car-maker’s proposal includes both an equity investment and a wider collaboration with the global Geely family of brands, which includes Lotus and Volvo. Geely is also a shareholder in Mercedes-Benz, which itself holds a stake in Aston.

Daimler, part of the German Mercedes-Benz group, has a 20 per cent stake after providing the technology that will make Aston Martin cars electric from the middle of the decade.

Aston Martin and Geely declined to comment. A representative for PIF did not respond to a request for comment.

The money will be used to pay down the company’s debt amid investor fears about the business’s financial health.

The group had £957 million of net debt at the end of March.

Aston Martin has been seeking funding for its next generation of sports cars as it prepares to branch into electric models. It wants to release its first all-electric sports car in 2025, yet will need to invest in the programme.