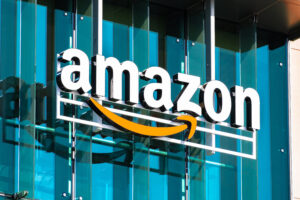 Amazon’s core UK division was handed a tax credit of just over £1m last year by HM Revenue and Customs despite the online retailer’s profits soaring by almost 60% to £204m.

The tax benefit was part of €1bn (£850m) in tax credits provided to Amazon by governments across Europe, up from €56m a year before, according to accounts filed for the US company’s Luxembourg-based division.

Amazon’s losses across Europe skyrocketed by 90% to €2.1bn before the tax benefit, despite sales rising by nearly 16% to €51bn.

At the annual shareholder meeting in May, Amazon defeated efforts to force the company to be more transparent about financial affairs.

Amazon UK Services, the group’s warehouse and logistics operation, which is thought to employ more than half its UK workforce of close to 75,000 people, grew revenues by just over a quarter to £6.09bn, according to accounts to be filed at Companies House.

However, it booked a rebate on “current tax” – or corporation tax – which is usually paid on profits and after benefiting from the government’s “super-deduction” scheme for businesses that invest in infrastructure, which was introduced by the then chancellor, Rishi Sunak, last year.

The relief, which allows companies to offset 130% of investment spending on plants and machinery against profits for two years from April 2021, resulted in Amazon getting a rebate on its prior year tax payment of £18.3m in 2020, with nothing to pay in 2021.

Amazon said total UK revenues, including all activities from retail to cloud computing services, increased by 12.6% to £23.2bn last year, putting the business slightly ahead of Asda, the UK’s third-largest supermarket, in scale and more than twice the size of Marks & Spencer.

Paul Monaghan, the chief executive of the Fair Tax Foundation, said: “The number Amazon still refuses to disclose is exactly how much profit it makes in the UK in total and what tax it pays on this. This is despite many requests from not just civil society campaigners, but also now a significant number of their institutional investors.

“It appears Amazon is growing its market domination across the globe on the back of income that is largely untaxed – allowing it to unfairly undercut local businesses that take a more responsible approach.”

Amazon said in a statement: “The government uses the taxation system to actively encourage companies to make investments in infrastructure and job creation. Last year, we invested more than £11.4bn in the UK, building four new fulfilment centres and creating more than 25,000 jobs.

“We are investing heavily in creating jobs and infrastructure across Europe – more than €100bn since 2010. Corporation tax is based on profits, not revenues, and last year, Amazon EU Sarl made a loss as we opened more than 50 new sites across Europe and created over 65,000 well-paid jobs, taking our total European permanent workforce to over 200,000.

“Across Europe, we pay corporate tax amounting to hundreds of millions of euros. We operate this pan-European business from our headquarters in Luxembourg, where we have over 3,600 employees and growing, including our senior leadership team.”

Amazon said it paid £648m in “direct taxes” in the UK in 2021 – up from £492m a year before – but these include employer’s national insurance contributions, business rates, corporation tax, import duties, stamp duty land tax and the digital services tax.

Amazon does not break down how much it pays in corporation tax for the UK business as a whole – leaving the UK Services arm as the best indicator of the bill.