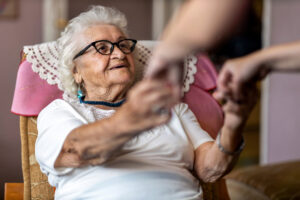 The latest figures from HM Revenue and Customs (HMRC) show that the inheritance tax receipts they received increased by £300 million to £1.8bn in the three months period of April 2022 to June 2022.

This is an increase from the same period in the previous year, and continues the upwards trend over the last ten years.

One in every 25 estates pay inheritance tax, but the freeze on inheritance tax thresholds, inflation at its highest level for 40 years and decades of house price increases are bringing more and more estates above the threshold.

For those that are paying this death tax, Wealth Club calculations suggest the average bill could increase to just over £266,000 this tax year. This is a 27% increase from the £209,000 average paid just three years ago.

Inheritance tax is typically paid at a rate of 40% over certain thresholds (noting you can pass on money IHT free to your spouse or civil partner, whose enlarged estate could then be subject to IHT when they die). The main threshold is the nil-rate band and applies to the vast majority of people in the UK, enabling up to £325,000 of an estate to be passed on without having to pay any IHT. There is also a Residence Nil Rate band worth £175,000 which allows most people to pass on a family home more tax efficiently to direct descendants, although this tapers for estates over £2 million and is not available at all for estates over £2.35 million However, the nil-rate band has stayed at the £325,000 level since April 2009. Inflation has risen 45% over this time and average house prices have increased 67%.

Alex Davies, CEO and Founder of Wealth Club said: “The Treasury raked in an extra £300 million from inheritance tax from May to June 2022 compared to the same three months a year earlier, this increase is being fuelled by soaring house prices and years of frozen allowances which are now being decimated further by rampant inflation. Currently just 4% of estates pay inheritance tax, but given the nil-rate and main residence nil-rate bands are frozen until at least April 2026, it is likely the estates of many individuals with more regular incomes and average value homes, will end up getting caught out by this most hated of taxes. Moreover, with the government purse under pressure from all angles there is unlikely to be any respite from this soon.

The good news however is that there are still lots of perfectly legitimate and sensible ways to pass on money free on inheritance tax to your heirs and it is for this reason that inheritance tax in some circles is referred to as a ‘voluntary tax’.”