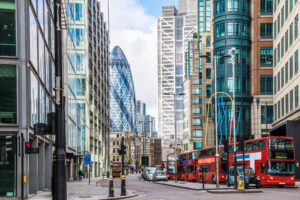 London is the top city in the world for global, remote workers, followed by Toronto and Buenos Aires.

The UK is home to the most organisations hiring global, remote working in the EMEA region, followed by Germany and France, respectively. The first half of this year saw a 154 per cent increase in UK employers hiring remotely, according to findings by hiring and compliance platform Deel.

The UK is also a popular destination to hire from.

In terms of residing workers being hired by remote, global organisations, the UK ranked fourth in the world and first of all EMEA countries.

Millennial workers (25-34) make up the majority at 60 per cent, and tech dominates, with software, internet and IT roles growing fastest.

The top three countries hiring UK-based remote workers are the US, Canada and the UK, and the top roles hired are content creators, software engineers/developers and business development pros.

Ukraine closely followed the UK in terms of remote workers hired – marking its first appearance in the EMEA top three.

In fact, Deel’s data shows that rates of companies hiring abroad increased in all regions, with LATAM and APAC leading the charge at 161 per cent and 159 per cent, respectively. EMEA closely followed at 155 per cent and global hiring increased by 149 per cent in North America.

In the wake of the much-hyped ‘Great Resignation’ wave, and as the world braces for an impending recession, a high demand for talent coupled with a shortage of available candidates have led many companies to look beyond borders to find quality talent.

As a result, salaries are rising around the world, growing fastest in Italy, Brazil, and India.

In terms of the roles seeing the fastest salary gains, content, finance and customer success roles around the world experienced the highest increase.

“It’s equal parts interesting and encouraging to see how the UK retains its reputation as the centre for the brightest talent, particularly in the tech sectors where it remains the place to source the best people,” said Matt Monette, Country Lead & Head of Expansion UK and Ireland of Deel.

“As economic pressures increase, companies need to be smarter in their hiring strategies to remain competitive and bring in the right talent. Remote working allows them to do this,” he added.