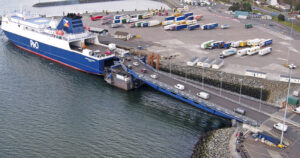 Britain’s next prime minister must accelerate the pursuit of trade deals to prevent a further sharp rise in costs as global supply chains are overhauled, according to the country’s leading business group.

Tony Danker, director-general of the CBI, warned that the West’s shift away from countries including Russia and China risked becoming “incredibly expensive” for consumers as companies stopped sourcing goods from the “cheapest and most economically efficient” markets.

Whitehall should pursue free trade agreements not just to capitalise on Britain’s departure from the European Union, but to cushion the blow of deglobalisation, he said, prioritising imports just as much as exports.

In an interview with The Times, Danker cautioned that failure to blunt the impact of this process — by strengthening relations with countries where companies are now looking to source goods — could exacerbate inflation. “We all need to admit and recognise that this has the potential to have great economic cost that ultimately would be borne by UK consumers,” he said on a visit to Washington last week.

As Liz Truss and Rishi Sunak battle to succeed Boris Johnson in Downing Street, Danker argued that the new prime minister “will need to acknowledge that, given the political winds, companies are under pressure to, of their own accord, restructure supply chains in a way that will be costly.

“They have no choice. It would be pretty illogical for any UK company to ignore what is happening in the world.”

While many western companies were already reassessing supply chains as their nations adopted what Danker called an “increasingly muscular” approach to China, this process had been accelerated by the war in Ukraine.

He called for free trade agreements with countries that are becoming more important within British companies’ supply chains, exporting goods such as food, metals and minerals to the UK. “I understand why there are political drivers to escalate deglobalisation, but if we do them without thinking about our economic resilience, that’s incredibly expensive for everybody.”

Since Brexit, Britain has been responsible for striking deals previously handled by Brussels. Both Truss, the foreign and former trade secretary, and Sunak, the former chancellor, have played key roles in government efforts to shore up the UK’s economic relations outside the EU in recent years.

Danker said he was leaving the US “a bit more optimistic” about Britain’s prospects of signing a prized transatlantic trade deal. “I still wouldn’t bet my life savings on it,” he added, but suggested that the economic cost of deglobalisation was likely to lift trade relations up the political agenda across the world. “If the US are going to do any trade deal, it will be with the UK.”

The Northern Ireland protocol remains a “gateway issue” for the Biden administration before negotiations can commence over a free trade agreement, said Danker, who met officials at the US State Department and Office of the US Trade Representative.

The protocol was part of the Brexit agreement to avoid a hard border on the island of Ireland. Truss has threatened to override it, which the EU said would contravene international law. “My big conclusion for all of this is that I genuinely think the US has a potentially decisive role to play in bringing the parties together,” Danker said.

A spokeswoman for Truss said: “Her government will continue to pursue deals that are in the best interests of British businesses and consumers.”

Sunak’s campaign said: “We will be looking to make trade deals with our global partners that work for both businesses and consumers, to help us to create a truly global Britain.”

The Department for International Trade said: “2022 is shaping up to be a five-star year of trade for the UK, as we seek new trade deals with India, the Gulf, Canada, Mexico and Israel.”