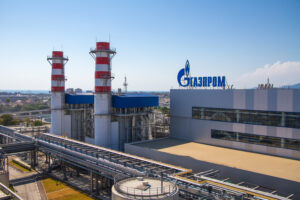 UK wholesale gas prices for the month ahead rose by 17 per cent to more than 375p a therm — four times higher than they were a year ago — while European benchmark prices rose by a fifth.

The increase in wholesale gas prices is more bad news for consumers, with energy bills already expected to surge to more than £3,200 a year from October and to rise again in January if wholesale prices stay high.

Gazprom said on Monday that it would further limit gas volumes through the Nord Stream 1 pipeline to Germany from today, supplying only a fifth of normal capacity.

The Kremlin-backed gas company has blamed maintenance involving a turbine that is stuck in Germany amid sanctions. However, the move has been widely seen as Moscow “weaponising” gas and deliberately squeezing European supplies in retaliation to western sanctions.

EU leaders reached agreement yesterday on a plan for member states to voluntarily cut gas usage by 15 per cent from August to March. The cuts could be made binding in the event of a supply emergency, though the deal included numerous carve-outs to reduce the impact of any such binding reduction for some countries.

“Europe is clearly preparing for the occasion they would be fully cut off from Russian gas,” Teeuwe Mevissen, senior market economist at Rabobank, said.

Tom Marzec-Manser, head of gas analytics at Icis, the price reporting agency, said that if Nord Stream 1 supplies were constrained at present levels for a protracted period, it would “likely limit Europe’s ability to inject adequate volumes of gas into storage, which could have consequences on winter supply”.

Analysts at Redburn said Russia was “now firmly putting the squeeze on European energy supply. Alarmingly, it looks like further pretexts to cut supply are potentially already being developed. This is arguably now blatant politicisation of gas flows. Gas prices, and exposed equities, have benefited accordingly as the market worries about winter and the reliability of Russian supply.”

Karolina Siemieniuk, at Rystad Energy, said: “Even though Kremlin press secretary Dmitry Peskov stated that a complete halt of gas supply to Europe is not planned, the statement is not overly reassuring and right now the situation appears a never-ending game with Russia calling the shots.”