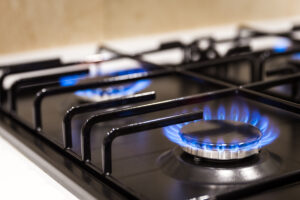 British Gas owner Centrica has defended paying £59 million to shareholders after its profits surged fivefold to £1.3 billion thanks to high energy prices.

The FTSE 100 group that runs Britain’s biggest household energy supplier was criticised by politicians after announcing increased first-half profits and the resumption of its dividend, a day after experts warned that household bills could double to exceed £3,800 this winter.

Chris O’Shea, chief executive, acknowledged that Britain was facing “the most challenging energy crisis in living memory” but said “the source of our profits is not customers’ rising energy bills”. The profit surge was driven by higher prices benefiting its North Sea oil and gas and nuclear businesses, while profits at British Gas actually fell. O’Shea said it felt “appropriate” to resume paying a dividend for the first time since 2019 as Centrica had 500,000 retail shareholders who were “ordinary people” that were “feeling the cost of living crisis as well”.

He said he expected to see British Gas customers using less energy as a result of high prices, and appeared to suggest they should consider doing so. “When the price of something goes up, you would expect to see consumption come down and we think that’s one of a number of things that customers can do to manage bills as they go forward,” he said, adding, however, that “we leave them to make their own decision”.

British Gas now supplies about 7.5 million households after taking on hundreds of thousands of customers from some of the 29 suppliers that have failed over the past year. O’Shea said the costly failures showed that Britain needed to have “strong, well-funded, stable energy companies”.

Profits at British Gas actually fell by 43 per cent to £98 million in the first half as the price cap prevented it recouping all its wholesale energy costs, usage fell in warmer weather and it repaid £27 million in furlough cash.

This was more than offset by high oil, gas and power prices benefiting Centrica’s North Sea business and its stake in Britain’s nuclear plants, resulting in adjusted operating profits for the group increasing to £1.3 billion, from £262 million in the same period of 2021.

Lloyd Russell-Moyle, a Labour MP, said: “This is not ‘profits’, this is theft from the British people. Each penny of this should be returned with immediate effect.”

Centrica had oil and gas fields in the UK and Norway but has now sold the Norwegian operations. The government has imposed a windfall tax on the UK North Sea to fund help for households with their energy bills. O’Shea said: “Over the next couple of years we’re expecting to pay a windfall tax of probably well over £600 million on our UK gas business off the back of the profits that we’re seeing, so a lot of this is going back into society.”

New figures from Citizens Advice yesterday showed the number of people unable to top up their prepayment meters is already at a record high despite the hot weather. O’Shea, 48, acknowledged it was “likely be a difficult winter” and called on the government to increase help for consumers.

He sought to head off controversy over rising profits in February by waiving his £1.1 million bonus for 2021 but declined to say if he would do the same this year, insisting it was “far too early”.

British Gas was privatised in 1986 when the public were encouraged to buy shares through the “Tell Sid” campaign. Defending the decision to resume paying a dividend, O’Shea said: “The vast majority of our shareholders are Sids: they are pensioners, your parents, my parents, grandparents, and they’re struggling as well.”

Centrica’s 500,000 retail investors own about 6 per cent of its shares. But O’Shea said dividends to institutional investors ultimately “go into pension funds” and Centrica needed to be an “investable company”.

Centrica’s shares have risen by almost 90 per cent over the past year but yesterday closed down 2¼p, or 2.3 per cent, at 88¾p.